I met Charles Hilton in the early ’80s. He hoped his daughter Julie would return to Panama City to join the family businesses. She practiced law in New York City when a group of law school classmates decided to explore other options. I was one of those classmates.

A Florida native, I wasn’t even sure where Panama City was located. After a visit or two, Charles convinced me that Panama City offered good opportunities and a beautiful place to call home. He lived up to his word and never failed to remind everyone he came in contact with that our new firm was open for business and looking for work. In true Hilton fashion, he assured them he would see to it that we worked hard and paid attention to detail. Leading by example, he was often the first one in the office in the morning and the last one to leave in the evening. I remember routinely receiving phone calls late at night from Charles, perplexed why I wasn’t still at the office. After all, it was only 10 p.m.!

Charles was a legend in his own time, the genuine article, the real deal, larger than life. To his law partners, he was a fearless leader. He was all of those things: lawyer, road builder, general contractor, hotelier, real estate developer and entrepreneur; bank, golf course, and auto-
mobile dealership owner; founder of a competitive cable company, a marine business, a skeet range and a grassing company. Hilton died on September 28, 2018 at the age of 87 after a long illness.

Held in highest regard by his colleagues and the community, he was the humblest of beings. His early family life was spent moving with his
parents from job to job, as he described, “like gypsies” in a trailer towed behind the family car. His father—an asphalt finishing worker—and the Boy Scouts were the biggest influences in his youth, he often said.

Charles lived his entire life with drive, determination, and grit. A towering influence within the community, his attention to detail was legendary, along with his insistence upon honesty.

Many who knew him will recall, often word-for-word, his pithy “down home” quotes that captured the essences of a predicament. “That dog don’t hunt” meant you’d better think of a different solution. When he exclaimed, “That’s just heifer dust!” there was no doubt what he was really thinking.

“It’s hard, but fair” was heard often, or, “There are none so blind as those who refuse to see.” And, “If you don’t stand for something, you will fall for anything.” He lived his life by one of his favorites: “Hope for the best, expect the worst, and be prepared for whatever comes.”
I admired him for his perseverance and vision and he was the best mentor, teacher, and colleague I have had the honor of working with. Charles wanted to know every single detail there was to know about a case or project, then use the facts, and not be bullied. He believed facts and truth provided leadership opportunities.

No problem was too overwhelming for Charles. It just had to be solved, piece by piece. After pondering all there was to ponder, he would swiftly identify the key facts to make complex subjects simple. His problem-solving abilities were as effective and ingenious as they were simple in principle. If there was a question about what to do, he asked what the choices were, then what the consequences may be, and finally, whether there were any other alternatives. If a problem seemed overwhelming and sleep nonexistent, his solution was to go for a long run or a short meditative rest to get a new perspective.

He believed in offering “a hand up” to anyone who needed it, and there are countless individuals he helped to work their way through problems, get an education or job, or start new businesses. Often he helped kids who had gotten in trouble get focused on a positive path that led them to lifelong successes.

Charles sent congratulatory letters to high school or college graduates he knew, to share the principles that guided his life. Blunt and to-the-point in classic Hilton-style, he advised students to take charge of their own health, practice good daily health habits, be passionate about their beliefs, and yet not be afraid to express those beliefs. He advised them that a good citizen must have a basic knowledge of economics, to always do their best and be prepared to learn everything they could from others, and to select a profession from which to earn a living while remembering that nothing is forever. 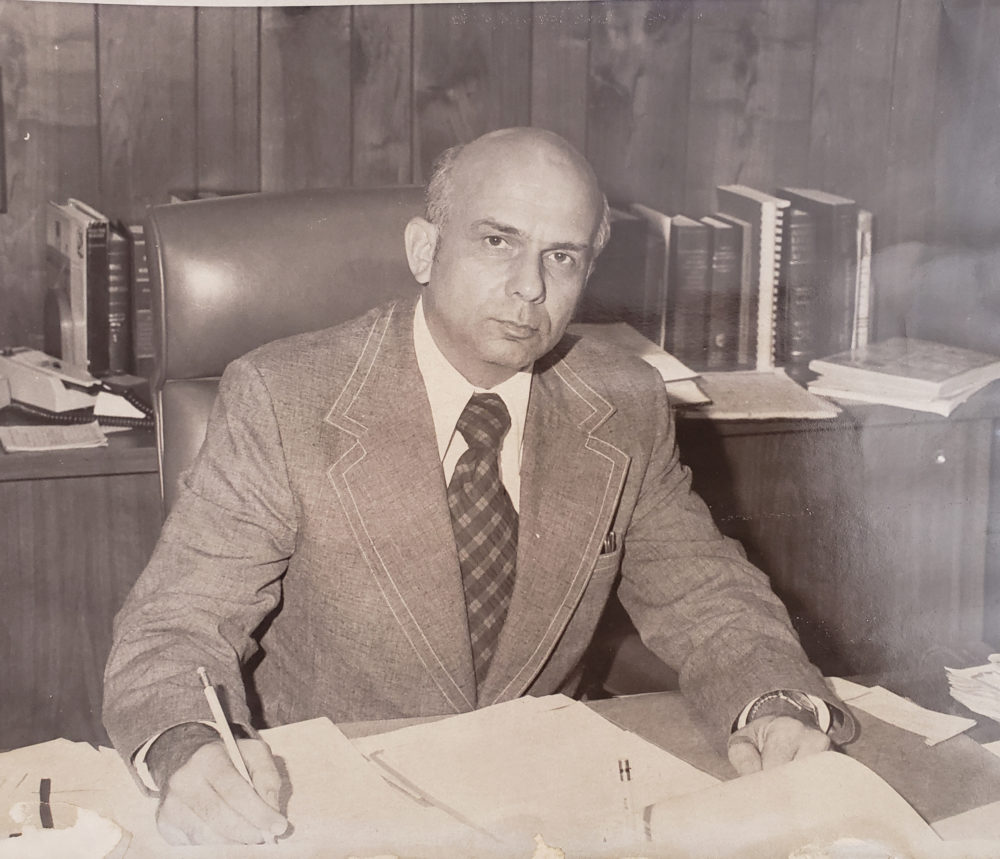 Working hard was a life-long passion for Charles. And he expected others to do the same. Charles’ reputation as a supporter of free
enterprise and fiscally responsible government was well known, as was his penchant for recommending books to others. I still have copies of the books he suggested, including “Common Sense Economics,” “The Precautionary Principle,” “The Index of Economic Freedom,” and “Think and Grow Rich.” He was an active leader in numerous economic development civic projects and his life’s work, based on his principles, is in evidence throughout Bay County. He was the driving force in the first beach renourishment project in Bay County and a strong supporter of subsequent supporting projects; he facilitated a private/public partnership leading to the development of Panama City Beach’s Pier Park. He envisioned and expedited the development and construction of Russell-Fields Pier and convinced Ed Ball, the leader of the St. Joe Company, to donate the land to the City of Panama City Beach for Frank Brown Park.

Charles and Lela, his wife of 63 years, were partners in every sense of the word. At a luncheon he once introduced himself and her as, “Lela, my wife, is making us a living running the hotels while I’m trying to save the world.” He loved his two children, Julie and Chip, and it was not easy when Chip passed away before his time.

What conclusions are to be drawn from this great man’s life? For me, it is that working hard is its own reward. Our once-sleepy Northwest Florida town is now a destination resort city due to pioneers like Charles Hilton. He lived his life demonstrating to an entire town that it could be more than it ever expected to be. He encouraged everyone around him to be all they could be, and he never asked for anything in return. He personified the American ideal that anything can be accomplished, if one is willing to work hard. A factual story. A true story. Charles would have liked that. 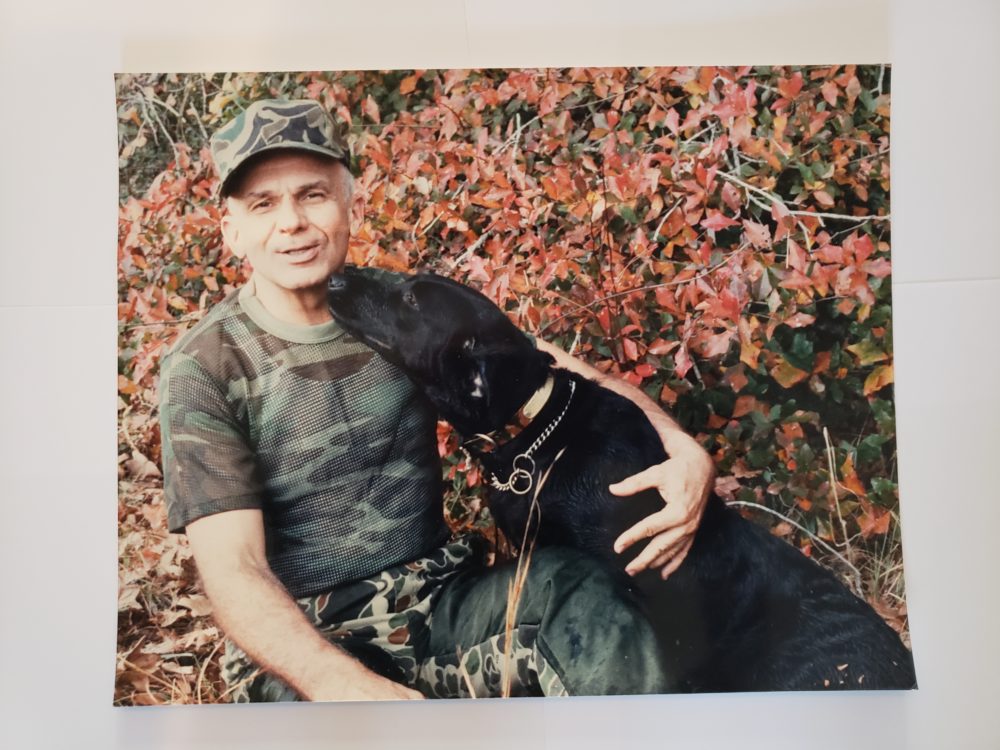 “Mr. Hilton never hesitated to tell us like he saw it. He taught us to make decisions instead of waffling and then to have confidence in whatever we decided. We knew he had our backs.
–Tabitha Kirke,
office manager

“Charles was the hardest-working, most tenacious person I have ever known. His passion was spreading the word about free markets, less government, and lower taxes.”
– George Norris,
former banker and owner
of the Norris Agency

“In doing business, Mr. Hilton would tell me to tell the truth, good or bad, and if I thought I was right, to stick to my guns, come hell or high water.”
–Bill Grimsley,
real estate developer

“I always said, if someday you are lucky, you will get hired by Charles Hilton. I worked with him for over 50 years. And it was a privilege.”
– Carol Atkinson,
Hilton’s long-time employee and former commissioner in Bay County, FL

“I knew Charlie for over 40 years and I don’t remember ever getting bad advice from him.”
– John Christo III,
retired banker and financial officer

“There are a thousand stories about Charlie Hilton and his advocacy for economic freedom. One in particular ought to be chiseled in granite and is one of my favorites. In a letter to a politician who offered him some government help, Charlie famously wrote, ‘All I want from government is less of it.’”
– Don Gaetz,
president of the Florida Senate

“Even in high school, Charles would play ball with the other boys for only a few minutes and then go indoors to study or work.”
– Ray Warren, businessman,
former classmate

“Fifty years ago, Charles found an unhappy and rebellious teenager who was in a legal tight spot, taking me under his wing. For some reason, Charles saw potential in a very recalcitrant young man who had recently lost both parents and had no money. Charles must have had to look really deep to see any potential in me. But he did. And he pushed me to not just graduate from college but to get a master’s
degree. And I did. Charles and I enjoyed 30-plus years as successful business partners. We were the best team that one could ever imagine—we talked each other up! He was tough, but fair. He will be missed.”
– Allan Bense,
businessman, former Speaker of the
Florida House of Representatives and chairman of numerous advisory boards in Northwest Florida.

A native Floridian, Jackie Kolk has a Bachelor’s degree in history from Emory, a Master’s in history, and a law degree from the University of Florida. She was a partner in a local law firm for many years and now manages a construction company. She serves on the Bay County Conservancy’s Board of Directors and chairs its land acquisition committee.