Jack Chambless: History tells us not to fear the new tax law

As an economic historian, I am often confounded by the American people’s shocking lack of basic economics knowledge. In recent days, that ignorance, lacking a better term, has been on display with the innumerable assertions that the new tax-cut law will ruin the economy and cause the middle class and poorer Americans to wither under the reverse Robin Hood policies of the Republican Party.

In 1987, I walked into a classroom as an economics instructor for the first time. I remember that day vividly because I was scared to death. It is one thing, I discovered, to study and learn economics as a student. It is an entirely different proposition to attempt to impart economics knowledge on other students.

Fortunately, my first year in the classroom was one of considerable joy. That joy came from the fact that the United States had come out of a recession in November 1982 and was now roaring with prosperity. One year before my first class, President Reagan, working alongside Speaker of the House Tip O’Neill, had orchestrated one of the largest tax cuts in U.S. history. It was in 1986 that the total number of personal income-tax brackets fell from 14 to two, with the highest marginal income-tax rate falling from 50 percent to 28 percent. Only five years earlier, the top rate was 70 percent. 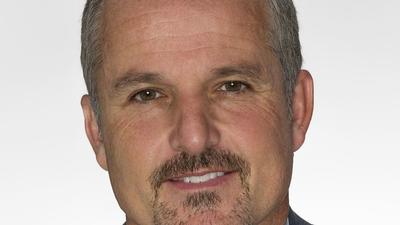 Moreover, during the 1980s the unemployment rate fell from a high of just over 10 percent to 5.3 percent, while the gross domestic product rose by an average of 4.3 percent per year. Finally, inflation, which had reached a high of 13.5 percent in 1980 fell to an annualized rate of 4.8 percent by 1989, while worker productivity increased throughout the decade.

Economics laymen refer to the 1980s as the decade when “trickle-down economics” began. Two things should be made abundantly clear.

First, the real term is not “trickle-down” but rather “supply-side” economics. Supply-side economic theory rests on the logical argument that when tax rates (and regulatory costs) fall, the overall cost of working and producing will subsequently fall, which allows workers to supply more labor and businesses to supply more products and services. This occurs because the net pay and net profit from production has increased.

A greater supply of goods and services means lower overall prices, an expanded GDP and less unemployment. Thus, the benefits of lower taxes ends up being extended to every income classification.

Second, supply-side economics is not a Republican-dominated theory.

Many of the people who crafted the Reagan cuts worked in John F. Kennedy’s administration as well.

It was President Kennedy, who, in 1962 went on national television and called for across-the-board, “top to bottom” cuts in personal and corporate income-tax rates.

Kennedy did not live to see the fruits of his efforts, but the 1960s saw tremendous supply-driven economic growth and greater tax revenue for the government, exactly as JFK had predicted.

Bill Clinton was another Democrat who understood supply-side economics. It was Clinton, after all, who lowered the capital-gains tax from 28 percent to 20 percent and helped fuel an investment boom during the 1990s. Tax revenue from the capital-gains tax cut increased, and the economy soared. In many ways, the last six years of Bill Clinton’s administration were the last time we have seen sound economic policies with respect to not only taxes but trade, social welfare policy and more.

Now that the Republicans have seen fit to lower taxes on corporations and most of the rest of us, we see mostly hysterical and economically ignorant claims that we are going to harm the middle class, rob the poor and enrich the capitalists who run our nation.

The reality is American corporations were facing one of the highest tax rates in the developed world and thus had ample reasons to send jobs and profits to other nations. Now, those companies (owned by shareholders who are your neighbors) will have a greater incentive to earn money and create jobs here. This is not a bad thing even if it means your neighbor gets rich.

As for the individual rate cuts, you should not expect as much of an impact. First, the cuts are nowhere near the magnitude of the Reagan or Kennedy cuts. Second, they are set to expire by 2025. This will cause millions of Americans to put their tax savings towards things like debt reduction rather than risk taking because they know higher rates might follow.

Whatever the long-run impact of this tax cut might be, it is useful to ask at least one question:

Is your money better off in your wallet or in Washington, D.C.?

Jack A. Chambless is an economics professor at Valencia College and a senior fellow with the James Madison Institute in Tallahassee.