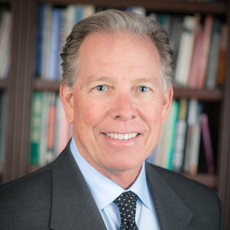 Their claim that companies somehow hid scientific facts about climate change is a laughable idea for something as widely covered as the climate, studied by innumerable universities, research groups, and governments. Nevertheless, cities have signed up, from New York City to Boulder, Colo., turning this West Coast legal fad into a national movement.

Florida city leaders, for the sake of their constituents and the environment, should reject the urge to enlist in these suits.

First among the reasons to denounce this effort is that oil and gas companies, in fact, are leading the way – through innovation – to find better and cleaner sources of energy. They invest billions of dollars researching and developing alternative fuels and solar power.

They are the very centers of expertise we need to find and develop new forms of reliable, available, and clean energy to provide Americans with affordable electricity and fuels.  The proposed lawsuits will do nothing more than divert money and attention away from innovation and exploration.

Natural gas and nuclear options already provide environmentally clean sources of energy.  These sources, and the efforts to increase their availability, allow Americans to pay much less than the rest of the world for energy.  Until renewable sources of energy such as solar or wind become reliable and storable, oil and gas companies should be thanked and supported for their work.

The second reason to not jump on the “secret science” bandwagon is simple – these lawsuits are both illogical and unfair.  Apportioning blame for something as wide and global as climate change is an impossible task.

Further, being successful and “winning” these lawsuits will not affect the climate one iota.  At present, energy companies are operating in ways that are ever-cleaner and less carbon intense.  Companies are producing abundant and available amounts of natural gas, thus helping to reduce our reliance on less clean fuels.

If anything is hidden, it is this: that the use of natural gas from electricity generation has curbed the growth of U.S. carbon emissions, reducing our national carbon output to levels not seen since the end of the last century.  Other nations should be following the lead of U.S. energy companies.

Finally, Florida’s cities should not join a movement that would harm the economic interests of their own communities. In our state alone, the oil and gas industry supports more than 266,000 jobs. This translates to a total value-added economic impact of $22 billion for our state, money that flows into wages and taxes that support schools, teachers and law enforcement.

It should also be remembered that Florida is built on tourism, and energy transports and powers every aspect of that industry – from the jets that land in airports to the air conditioning at Orlando theme parks and luxury hotels of Miami Beach. Cleaner and cheaper energy also helps small boat owners and other hardworking Floridians who make this state the premier vacation destination in the United States.

For all these reasons, Florida municipal leaders should think before joining these politically motivated lawsuits. Becoming a plaintiff in these lawsuits would cost Florida jobs and divert dollars from industry research and environmental improvement.

Man-made climate change is still a theory.  But, for those who are convinced of its anthropological foundations, there are better ways to face the uncertainties of climate change than pointless litigation.

Daniel Peterson is the Director for the Center for Property Rights at The James Madison Institute and a resident of Orlando, Fla.